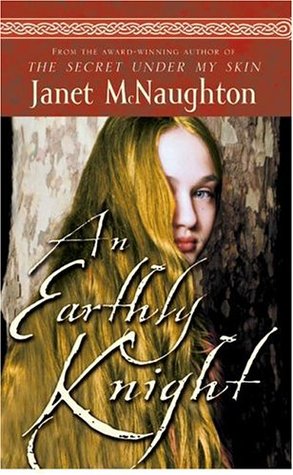 The year is 1162. Sixteen-year-old Lady Jeanette Avenel has always enjoyed her freedom as second daughter of a minor nobleman in Teviotdale, Scotland. But after her sister, Isabel, disgraces the family, Jenny is suddenly thrust into the role of eldest daughter. Now Jenny has been chosen as potential bride to the heir of the King of Scotland. While learning the customs of the royal court, Jenny is drawn to the mysterious young man rumored to have been kidnapped by fairies, not knowing his past holds a secret that threatens everyone close to him including Jenny.
Add to Goodreads
Buy: Amazon | Barnes and Noble | Indigo
Review


This book has been one I’ve read over a hundred times. I loved it growing up as teen and as an adult I still found the delight in the plot. It was gripping from beginning to end and just as it used to when I was younger I would wake up dreaming of the setting and myself in Jenny’s shoes looking for adventure. I’ve found a love for historical romance novels and though I can’t be positive I’m pretty sure this book was the beginning one that started it all.
The characters were easy to fall in love with and hate. I could see myself as Jenny and sympathizing with her and her sister about the choices they had to make and the emotions that were felt during the novel. It was also easy to hate William, from the start there was an air about him that said something wasn’t right. The whole plot with the fairies brought a magical element in, and I saw fairies in a new different light. Normally when I think of fairies I think of small harmless beings but the author cast a different light on that that was refreshing.
My favourite character had to be the nurse Galliane. She seemed to know everything…Jenny said through eavesdropping and the author hinted that a little bit but it seemed to me, she had good intuition when it came to her girls Jenny and Isabel. Just as Jenny has when it comes to the people who try to get close.